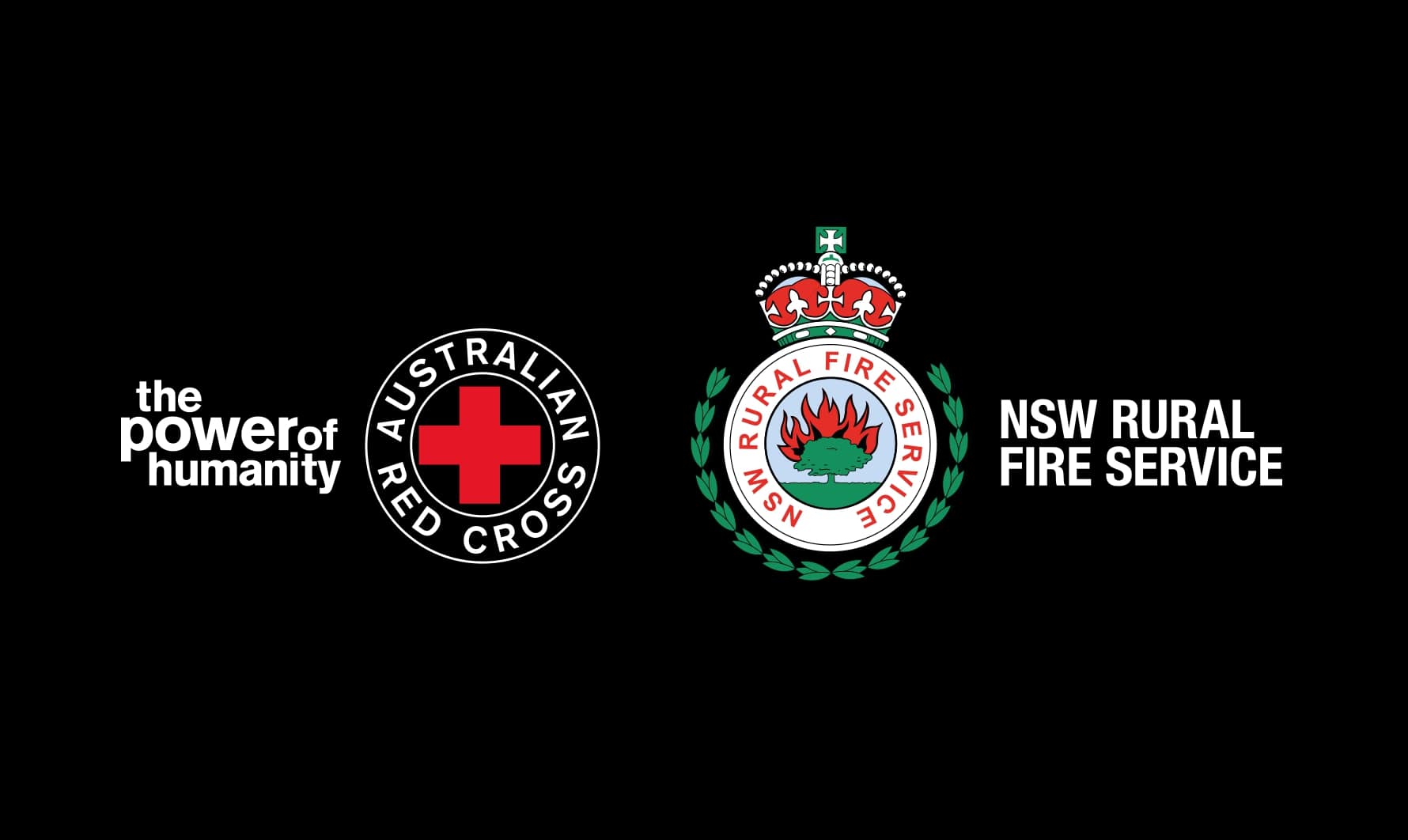 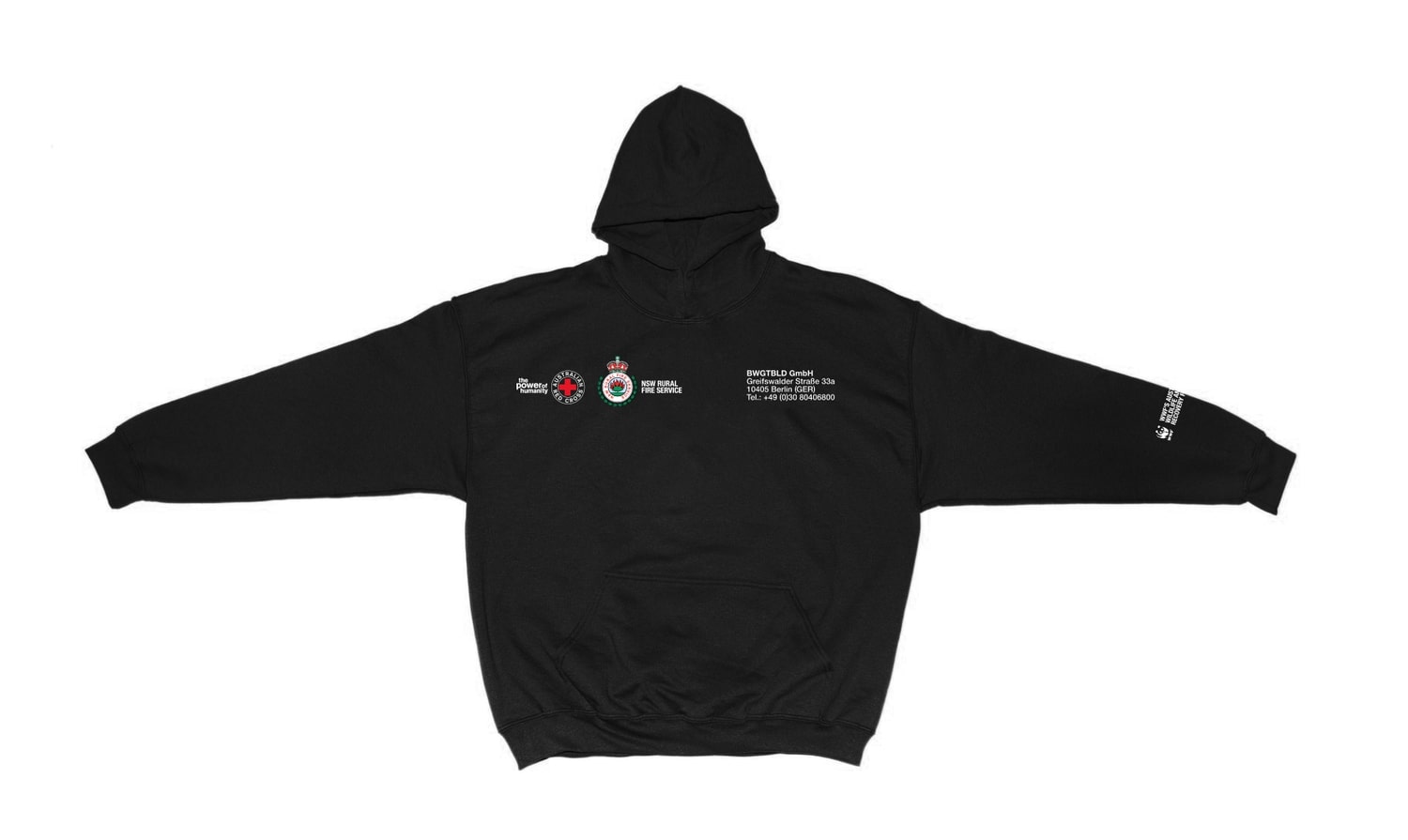 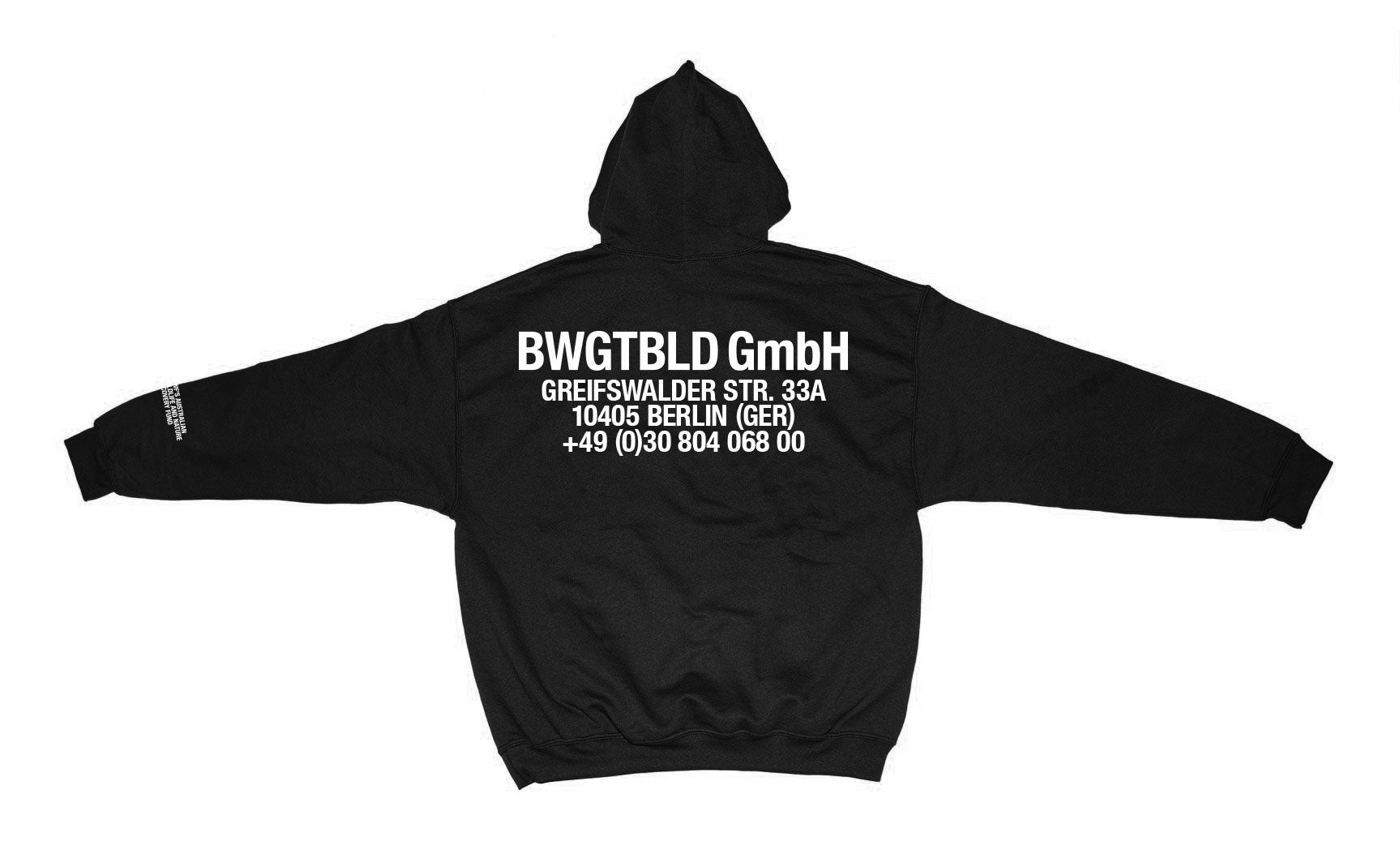 As of 9th March 2020 the Australian bush fires burnt an estimated 18.6 million hectares (46 million acres; 186,000 square kilometres; 72,000 square miles), destroyed over 5,900 buildings (including 2,779 homes) and killed at least 34 people. An estimated 1 billion animals from Australia’s rich wildlife had been affected by the fires. Wildfire smoke contains poisonous gases such as carbon monoxide (CO) and fine particles known as PM2.5. We wanted to use our community and our voice to help do something about the events that were unfolding in Australia. We usually use instagram solely to promote work but felt compelled to do something with regards to the devastations that were occuring.

We took our BWGTBLD merchandise which has never been for sale, previously which had only been given to friends and family. Our classic piece is the BWGTBLD GmbH WORKSHOP hoodie. With the hoodies we had left in stock we decided to make a special edition print. Every single purchase made from our remaining stock helped aid the Australian Bushfire crisis and went straight to the following charities:

It was very difficult to decide on charities as there was an overwhelming amount of choice. After careful consideration, a lot of research and speaking to friends and people in Australia, we decided these three charities were the most affected and ones we felt needed the most help. We raised a grande total of 13.712,05 EUROS, a big thank you to everyone who bought a hoodie.

Paul Herrmann
Behind the Scenes
L'Occitane

Paul Herrmann
Behind the Scenes

Rich Hall
Mercedes Me
Behind the Scenes

Rich Hall
Behind the Scenes

Mercedes-Benz - Valet Guys
Behind The Scenes

Vincent Haycock
We Wil Hug Again
Behind The Scenes

We will hug again

Vincent Haycock
This Generation
Behind The Scenes

Telekom
Behind The Scenes

Diana Kunst
The Rolling Stones - Criss Cross
Behind The Scenes

The Rolling Stones – Criss Cross
Behind The Scenes

Kristof Brandl
Take Me To A Nice Place
Behind The Scenes

Take Me To A Nice Place
Behind The Scenes

Rubberband.
Lewis del Mar - The Ceiling
Behind The Scenes

Lewis del Mar - The Ceiling
Behind The Scenes

BWGTBLD GmbH
The Legend Behind The Name
Audiobook

The Legend Behind The Name
Audiobook